Back in September 2015, I had great pleasure of breakfasting with the late and great Sir Terry Wogan, I wanted to share my story with you as a tribute to him, my way of sharing his memory.

I am delighted to tell you that Sir Terry was a huge fan of the English breakfast, he told me that in his fifty year career he had eaten English breakfasts from all over the country, far too many to count. He said that he had one whenever he could and that he loved every one of them, then thought about it for a few seconds, laughed and said "well almost all of them, some of them were terrible".

For me, it was a wonderful moment to learn that Sir Terry was such a fan of the English breakfast and interested enough in the history and tradition to invite me onto television for breakfast !

I did not know Sir Terry before I had breakfasted with him that morning, even though I know of him and I only really had vague memories of seeing him on television, he came from another generation.

My mother loves him, she told me to tell him that the Eurovision Song Contest was never the same since he stopped hosting it and I know that my late grandmother loved him dearly too. 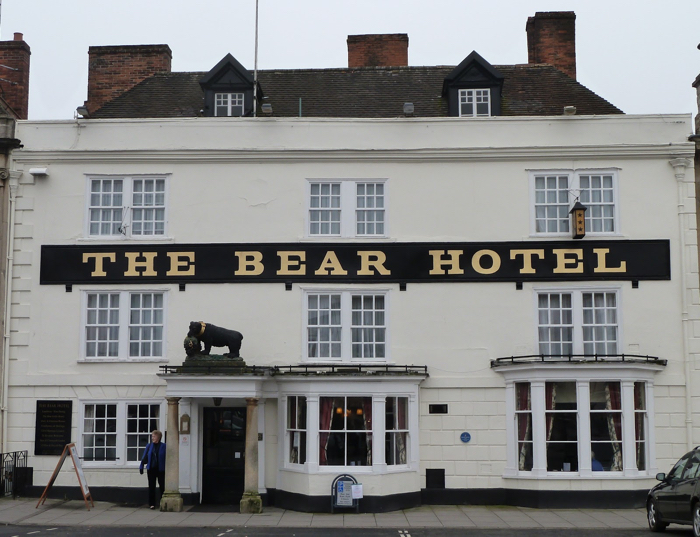 I was invited by the BBC to breakfast with him at the wonderfully historic Bear Hotel in Devizes, a famous Coaching Inn dating back to 1559. Thomas Lawrence, the famous portrait painter, was the innkeepers son and once lived there, examples of his work are displayed around the building.

Sir Terry told me that he was in the delightful little market town of Devizes, because he had once read a book called Epicurean Tour Of Britain, written by a food writer called Sam Chamberlain who had previously embarked on a great culinary adventure around the British Isles and who had previously eaten this same English breakfast at the Bear Hotel more than fifty years ago.

Sir Terry told me that since then he always wanted to conduct a culinary tour of Great Britain himself and was getting the BBC to pay for it. He was touring round the United Kingdom in a black taxi cab sampling anything and everything tasty that the British Isles has to offer, the BBC had sent him on his lifelong dream culinary tour and he described it as his most favorite BBC job ever. 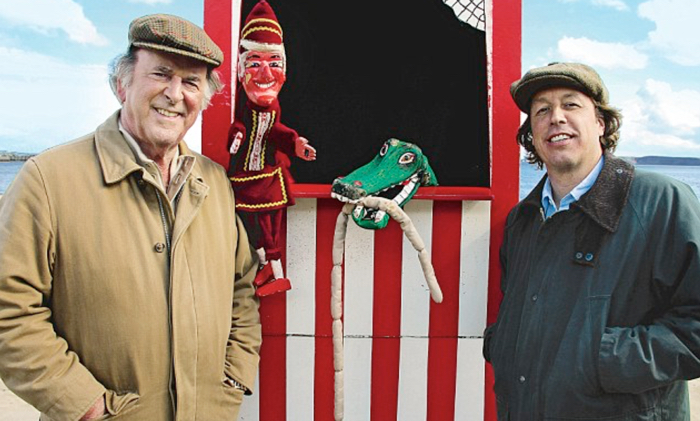 Joining us for breakfast was the worlds most famous taxi driver Mason McQueen, star of the BBCs 'A Cabbie Abroad', which saw Mason adventure through the streets of Mumbai, Fiji, Canada and Cambodia in his London black cab . Mason is brilliant, he really was as nice, friendly and cheerful as he is on the television and the whole series of programs he made were brilliant too.

Sir Terry Wogan and I were eating the same full English breakfast that Sam Chamberlain had written about in his book whilst being filmed by the BBC for Terry and Mason's Great Food Trip. I was there as Chairman of the English Breakfast Society to tell them about the history of the English breakfast, which stretches back to the early 1300's, hundreds of years before the Bear Hotel was built in 1559.

The Bear Hotel have served an English breakfast every day since they opened in 1559, it was a great honour to breakfast in such historic circumstances in such distinguished company. I shall never forget eating a full English breakfast with Sir Terry and am tremendously grateful to the BBC for inviting me.

Sir Terry was warm, charming, clever and funny, he left an impression on me and I understand why my mother and grandmother loved him. After breakfast, as I was leaving and saying my goodbyes, I told him what my mother had said about the Eurovision Song Contest going downhill since he stopped presenting it. He gave me the warmest smile and said "send her my love". It made her week :)

Rest in peace Sir Terry, you are dearly missed by many.

If you want to learn more about the life and times of Sir Terry Wogan, head over to the BBC's official obituary page where they describe Sir Terry as "a much loved broadcasting institution".

If you want to watch the English breakfast episode of Terry & Masons Great Food Trip its available on BBC iPlayer to watch for free if you are a UK resident and for international viewers its available in a paid version (priced at £1.89) from the BBC store for download in HD.